Getting My Geek On At PAX

For years I've been waiting to go to PAX, a festival about games (tabletop, card, and video games). Every year I miss the opportunity to buy tickets. This year my friends were on top of things and got us tickets for PAX. So Saturday morning we got in this line to check out what was coming out in everything games: 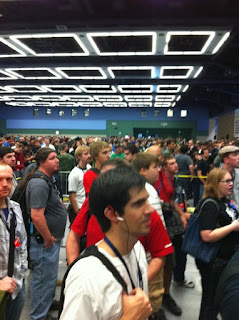 There were probably 1000 people in line when we got there at 9:15am (doors opened at 10am). Once they opened the doors we rushed in. I was excited to wander around the Expo Hall and see what was there. 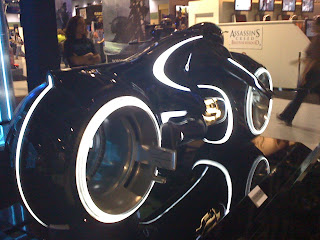 I'm excited for the Tron movie coming out. And they had the new Tron game. I didn't wait in line to play the game but from what I saw it looked pretty cool. 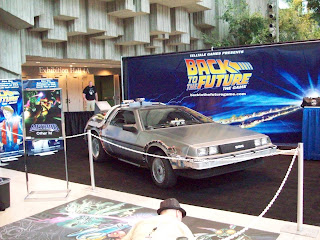 I was excited to see the Delorean from Back to the Future. It was there to promote their new game. 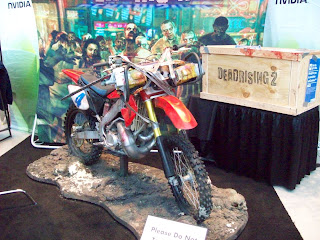 Patrick thought this bike was pretty cool.
I bought one game-The Last Night on Earth-a tabletop game. The guy who was demoing the game was part of the company and worked on this game. He had a lot of enthusiasm for the game and it made me excited for the game. Besides it sounded like a lot of fun for a game night.
There was a lot I missed at PAX since I was there for a short period of time. I can't wait for next year and do it all over again!
Posted by Linda at 3:38 AM