A Night To Surrender by Tessa Dare 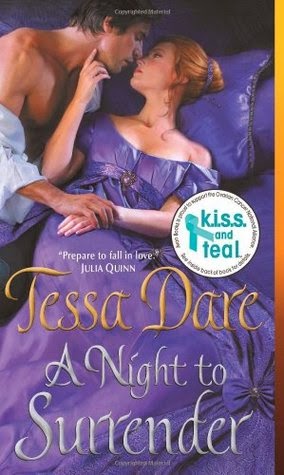 I added A Night To Surender to my library queue after finding it on a list of good historical romances. I'm glad I did because it was just the kind of romance I like. Smart men and women, great dialogue, and plenty of steamy scenes.

Victor Bramwell is a solider. After an injury, his superiors are reluctant to let him lead an army. But that's all Bram knows how to do. Sir Finch is his last hope. So Bram brings his wayward cousin and his friend, Thorne, to Spindle Cove.

Susanna Finch has built a home for herself and other women like her. Spindle Cove a respite for women who don't fit in, shy maidens, abandoned wives, and girls who fall in love with the wrong men. Susanna gives these women a freedom, freedom to be who they are, freedom to pursue their dreams. Susanna thinks that she has all she could want until she meets Bram.

I adored both Susanna and Bram. They are both headstrong and think they have all they want. Bram thinks the army is the only place he could belong. Susan thinks marriage means giving up who she is. Both are wrong and it was delightful to watch them realize how wrong they were.

Dare also introduces several other characters in Spindle Cove which I know will be the subjects of her later books. I'm looking forward to the next one, A Week To Be Wicked, about Minerva, the geologist. Rocks can be sexy :) Yay for finding a sexy new to me series. Others who shared their thoughts on A Night To Surrender:  The Happily Ever After..., Not Another Romance Blog, Good Books Good Wine, and Reading The Paranormal.
This is my fifth read for the Historical Reading Challenge.

And my second read for the Romance Reading Challenge. 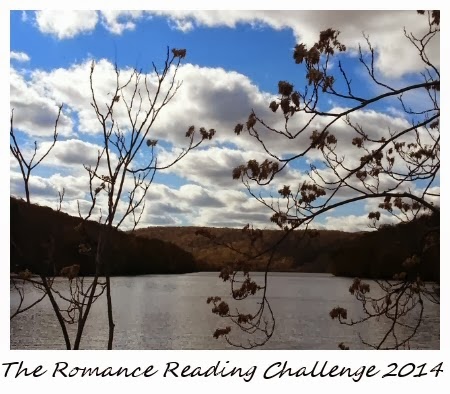