The Dark Wife by Sarah Diemer 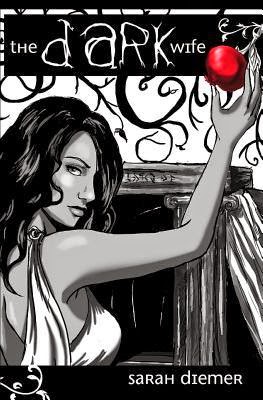 I don't remember where I read about The Dark Wife. I'm thankful to whoever it was because I don't think I would have heard about this otherwise. The Dark Wife is a beautifully told retelling of the Persephone myth that I enjoyed.

Ok, so the story we know is that Persephone was hanging out in Olympus when Hades arrived and kidnapped her to the Underworld. There Hades convinced her to eat three pomegranate seeds, one for each month Persephone must spend in the Underworld. During those three months, Persephone's mother, Demeter, blankets the world in Winter. In The Dark Wife, the story is similar but told through Persephone's point of view. Persephone loves her mother but isn't a fan of Zeus, her father. Persephone doesn't want to live with Zeus or on Mt Olympus. When she meets Hades, Persephone discovers she might have an alternative. Especially since Persephone finds herself attracted to the beautiful Hades, another woman.

Besides retelling the Persephone story, Diemer also tells us about Zeus and the other deities. I found her writing to be lyrically and loved reading The Dark Wife. I'll be looking for more of Diemer's books. Others who shared their thoughts on The Dark Wife: Smart Bitches, Trashy Books, Vicariously, The Rainbow Reader, and Bookish.
Posted by Linda at 3:49 AM