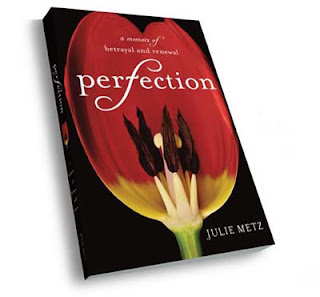 From Publishers Weekly
As recounted in this dark and affecting memoir, Metz's discovery of her husband's long trail of philandering well after he died reveals the state of willful ignorance and comfortable self-deception that reigned in her marriage. At their home in the northern suburbs of New York City on June 8, 2003, Henry, her husband of 13 years, suffered sudden cardiac arrest, leaving the author, a 44-year-old graphic artist, widowed and the sole caretaker of their six-year-old daughter, Liza. Initially unable to face the details surrounding his death, she left to her friends the task of cleaning out her dead husband's office, though those same well-meaning people hid from her the truth they gleaned from Henry's computer files and correspondence: he had been enjoying a two-year affair with another woman in their town, as well as numerous other dalliances. Metz, after the shock of Henry's death, found solace in shopping and flirting with a much younger artist, Tomas, who was also friendly with Henry; once Tomas intimated that Henry had another life, the author began digging, calling and e-mailing every woman she learned had had a relationship with her husband, obsessed with finding the truth. Metz's road to emotional honesty proves cautionary and trying. (June)
Copyright © Reed Business Information, a division of Reed Elsevier Inc. All rights reserved.

I choose this book simply cause I liked the cover :) Seriously. The cover and the little bit I read on Diane's blog made me put it in my library queue. I'm glad I did. Metz takes you through her painful realizations after the sudden death of her husband. I admit her story is not unique. I'm sure we all know women and men who have been betrayed by a partner and had to deal with the aftermath. So I could read Metz's story and relate (although not intimately) with her story. It was a lot like listening to a friend talk about the pain she's going through.
One thing I thought was interesting was her relationship with her friend, Emily. After Henry (Metz's husband's) dies and Metz picks through the wreckage of her life, Emily keeps asking "When do I get my friend back?" Have you had a friend go through a life changing event-birth, death, lifestyle changes, emotional issues, physical violence? They never return to the person they were. They can't and you cannot realistically ask them to. It's painful for you as the friend to see your friend change and maybe slip away but I think a good friend allows the other to change and adapt even at the risk of loosing them as a friend. I think that topic could be a book all on it's own!
Other reviews of Perfection can be found at Raging Bibliomania, Bookopolis, and Bookbound.
Posted by Linda at 6:57 AM