Actually we didn't stay in L.A. proper. Tai's from the Valley so there's we stayed and ate.
Our first stop was Zankou Chicken. Tai can't get enough of Zankou's so we ate there twice.
For breakfast we ate at Vip's twice. I love their freshly squeezed orange juice. There's nothing like it in Seattle.
We tried Jinky's which was really good. I had the Coconut Flaky Toast. Look how yummy it was: 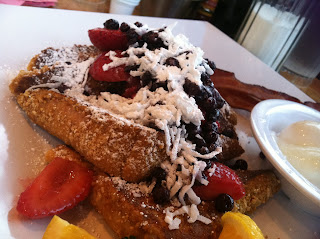 We also went to Bob's Big Boy. Both Tai and I used to go there as kids. 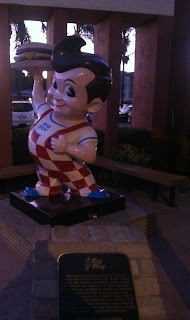 Tai had the Big Boy. I had a cobb salad. Both were delicious. 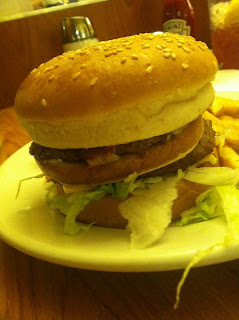 Speaking of burgers, I wanted to stop at In N Out and get a Double Double Animal Style. 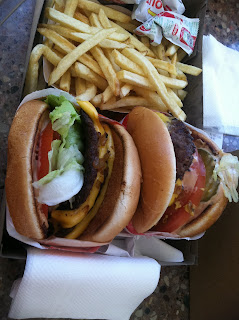 I also had to stop at Pinkberry. I love frozen yogurt. 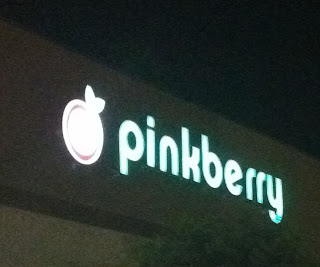 I got the pomegranate frozen yogurt with yogurt chips, raspberries, and granola. It was delicious. 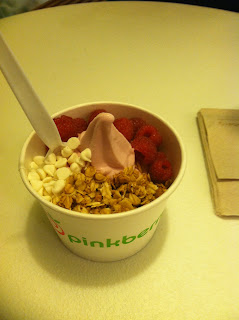 I begged Tai to take me to Olvera Street. I used to go there as a kid all the time. 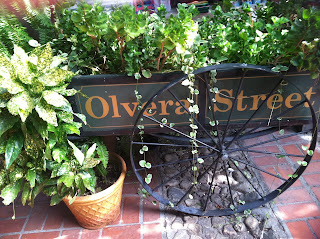 I stopped at the church my mom used to take me to: 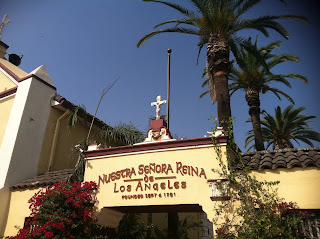 We also had some delicious Japanese food at Chiba's and Daichan. And some fantastic Chinese food at Bamboo Cuisine (get the Chicken in Black Pepper Sauce. Amazing!). We tried Boulevard Burger which was conveniently located near our hotel which had a good burger and good fries. I wished they'd been open later though.
So that was our trip. I'd like to go back under better circumstances.
Posted by Linda at 3:01 AM