Right now, when I'm cooking dinner, I have to walk over to my computer to see what to do next. It's not too bad but when I'm up to my elbows in dough or have greasy hands the last thing I want to do is touch my computer. This little device holds 2500 recipes and has a user friendly (iPhone type) interface. I would add one to my wish list but it's a little pricy for a one trick pony. 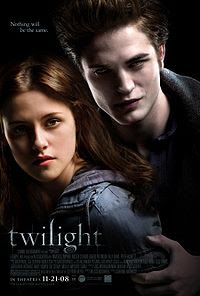 Ok, I was so looking forward to Twilight. I'm addicted to the books. I loved Twilight the book. Twilight the movie was terrible. I laughed through most of the movie and it wasn't a comedy. I didn't think I was going to the girl playing Bella but she was the best part. I almost walked out when the actor playing Jacob walked on. Not what I had envisioned at all! Most of the movie was like that. I cannot recommend this movie unless you are in love with the actor playing Edward. I would say wait for DVD. 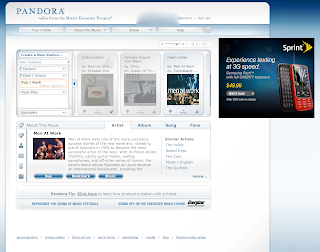 I've been listening to Pandora for a while now. I love it since it learns what songs I like and which I don't. Tai wasn't a fan at first. But now he listens to his own station too. I recently discovered that I could link it to my facebook page. Double score! 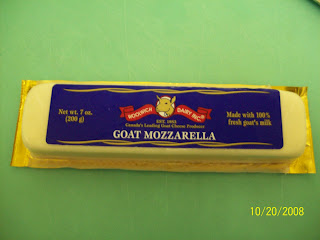 In an attempt to make cheesy foods that Tai can eat I've been trying goat cheese specially goat mozzerella. It's a little gamey on it's own but delicious shredded into a pasta. I also bought goat cheddar which also worked. Look for recipes with these cheeses in them soon.
Posted by Linda at 9:48 AM