What I Wore In Portland

The day before we left for Portland, Ashley and I were talking on the phone. I noticed that the forecast called for temps in the 90's (it's been in the 70's in Seattle). We agreed if it was going to be that hot we should pack dresses. I didn't have a ton of dresses so I went out and bought 4 including this first one from Old Navy I was wanting. 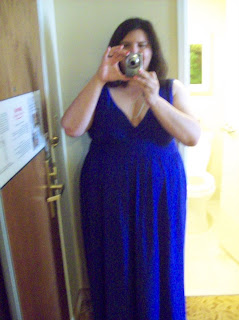 I wore this one on the train ride to Portland and all day Friday. From Old Navy. Very comfy but I showed a lot of cleavage. 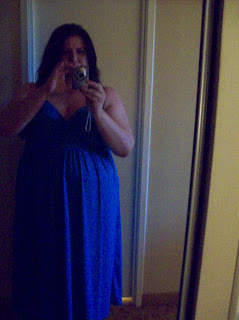 This next one I bought at Ross. It's teal not the same blue as the Old Navy one. Less cleavage was shown. I wore this Saturday day time. 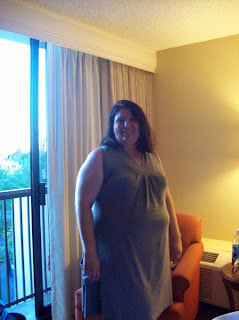 Another one I bought at Ross. I wore this Saturday night time for our dinner at Beast. 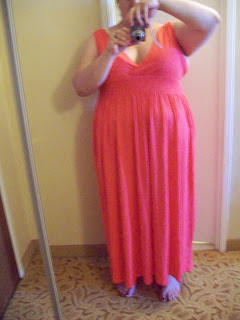 And for Sunday I wore this one from Old Navy. It's the same as the first dress but in a different color. So again more cleavage.
Posted by Linda at 3:04 AM